We offer more detailed and comprehensive treatment liver disease programs at The Liver Institute. We like to answer all your questions regarding liver disease and functions. Monitoring Dietary changes and activity levels is pivotal in the treatment of fatty liver disease. Our lifestyle and dietary appointments are tailored specifically according to your needs. We also offer options to participate in research studies related to the fatty liver for patients who meet the study requirements. Start your fatty liver treatment program, as recommended by Dr. Habib, by scheduling a consultation with our nurse practitioner for lifestyle and dietary appointments. Text us at 5203079094 to schedule.

A Disease of Modern-Day Lifestyle

What is a fatty liver?

Yes, fatty liver may affect your body functions. It is due to the lack of adequate delivery of nutrient to the rest of body resulting into fatigue and other body dysfunctions.

Is fatty liver a serious condition?

In proportion patients with fatty liver, fat accumulation into liver cell initiates the process of inflammation that leads to production of scar tissue ultimately reaching to the point of cirrhosis or nodular liver over 10-20 years. Subsequently, liver loses its functions and patient may need a liver transplantation to survive.

Once, a patient exhibits all the features including fat, inflammation and scarring or fibrosis, the condition is called non-alcoholic steatohepatitis (NASH), which is sign of aggressive disease. Such patients usually develop cirrhosis and subsequent complications.

Who is diagnosed with NASH?

This that are diagnosed drink little to no alcohol, often have diabetes, obesity, and insulin resistance. It is often seen in people between 40-60 years old and the most common cause is insulin resistance and metabolic syndrome.

Why do people develop fatty liver?

What is insulin resistance or metabolic syndrome?

• It is malfunctioning of insulin hormone resulting into abnormal food processing in liver and transport of nutrients.

• Some may have more than normal amount of insulin hormone in their body.

How does your doctor diagnose metabolic syndrome or insulin resistance?

A. HOMA-IR score: It is calculated based upon blood tests: glucose and insulin level, normal value is less than 1.7, typically higher the value greater the severity of metabolic dysfunctions.

B. Metabolic syndrome is having 3 or more of the following traits:

Why does insulin resistance affect liver?

The liver is the organ where the ingested food is processed after being digested and absorbed from intestine. The liver also stores the processed nutrients and then deliver to the rest of the organs and tissues to develop and maintain their structure and functions.

How does insulin resistance affect liver? What are the associated symptoms?

Lack of adequate processing of ingested nutrients results into abnormal fat production, which is stored in the liver and abdomen as a free omental fat that causes big abdomen (belly), and if excessive, it overflows to other organs such as heart, great vessels (aorta). Fat accumulation and storage in the liver initiate events leading to inflammation and scarring (cirrhosis). Also, such abnormal fat accumulation causes abdominal pain and other gastrointestinal symptoms such as GERD and altered bowel habits.

Impaired food processing in the liver also results into inadequate production of required nutrients and impaired supply of nutrients to rest of the body. It results into relative malnutrition, which cause symptoms such as fatigue, lack of energy, and/or altered bowel habits. It may also affect sexual functions.

Why do providers care about NASH?

Approximately 10-30% of NAFLD patients will have their condition progress to NASH, and 20-30% of those patients will progress to cirrhosis. If this condition is not treated with intervention, there is poor long-term prognosis and patients are at a higher risk for developing hepatocellular carcinoma.

Is there other non-liver related condition associated with NASH that may increase the risk of death?

Can liver damage be reversed?

The liver is an organ that has the ability to regenerate. However, with the progression of liver disease, the regeneration is prevented in the presence of scar tissue in the liver. The scar tissue is present when there is ongoing damage that prevents regeneration.

a. Learning the Concept of Treatment

How do we treat fatty liver? Does lifestyle intervention help regenerate liver structure and improve functions?

Lifestyle intervention remains the backbone of all spectra of fatty liver disease treatment.

What is a lifestyle intervention?

o Consume most calories during the day

What are the dietary goals?

· Protein: 1.2 grams per kg of body weight per day

· No saturated or trans fats

b. Improved vigilance or self-education

Glycemic index is the good measure to differentiate good from bad carbohydrate? 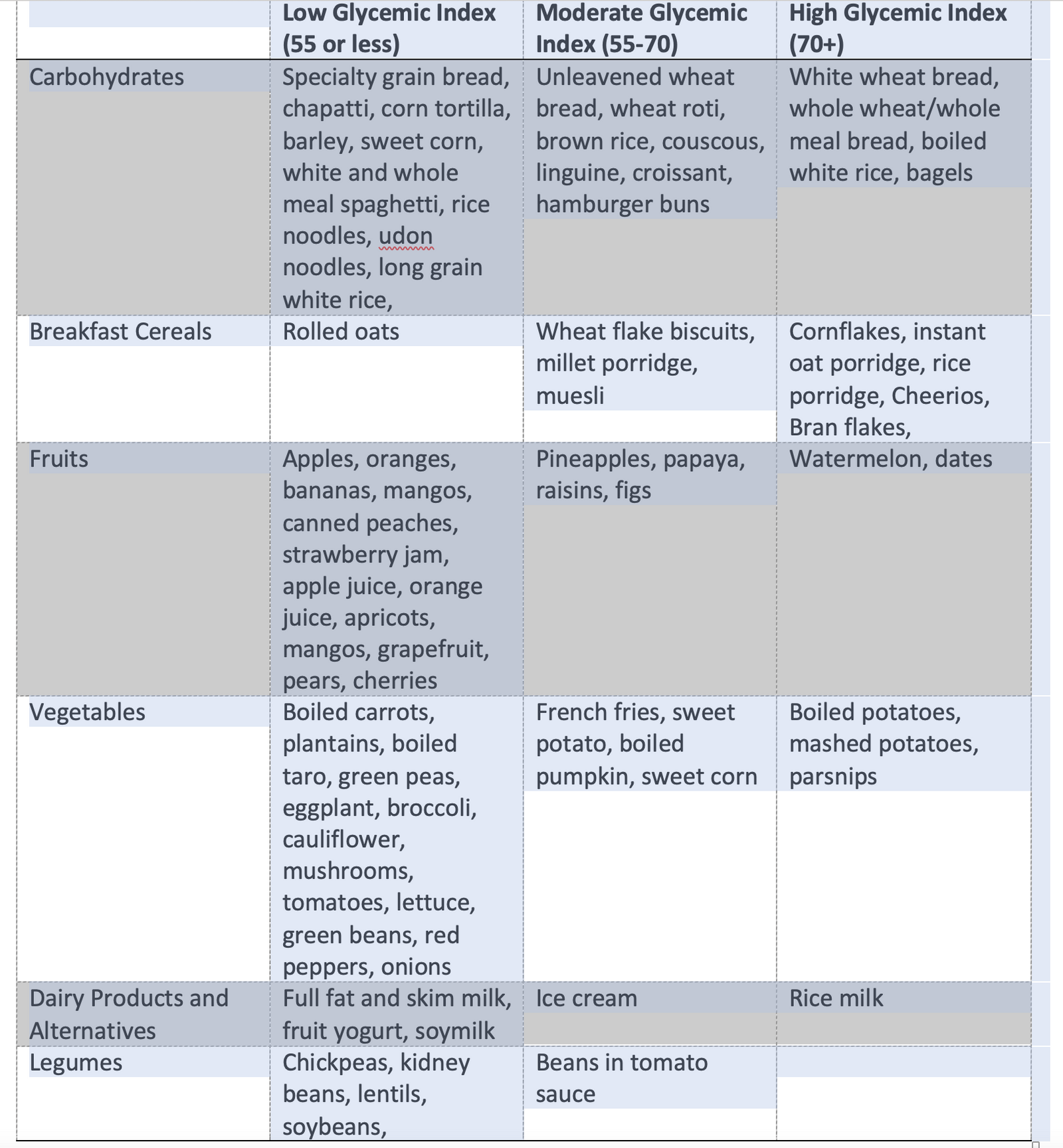 What is the difference between saturated and unsaturated fats? 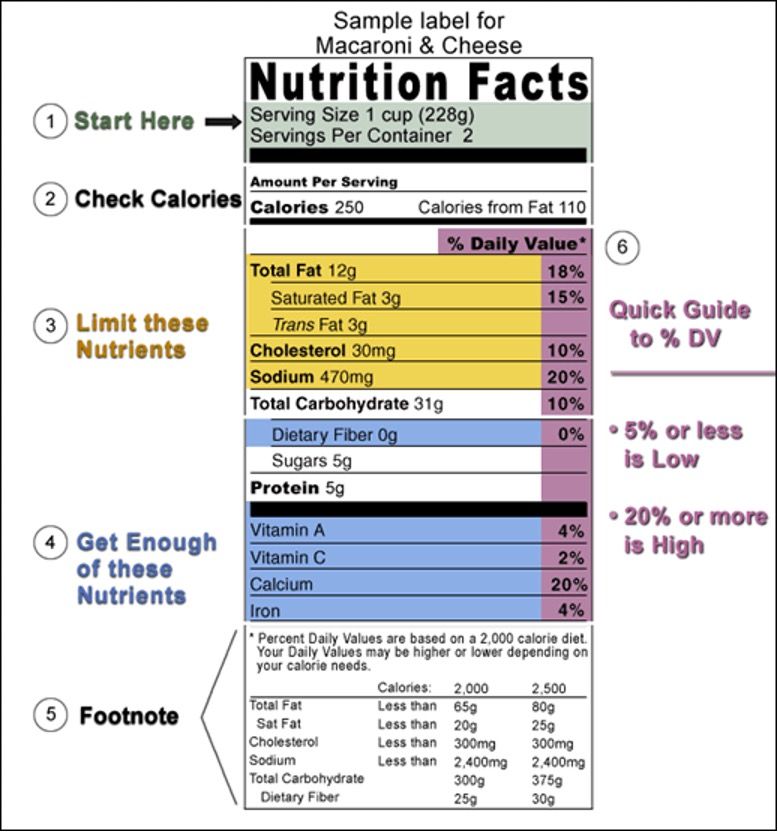 How to read nutrition labels:

Ø Make sure that if you are eating more that the serving size, to adjust the values accordingly.

o For example: If you at 2 cups of mac and cheese, that is double the serving size so you would also double the number of calories. For 2 cups of macaroni and cheese that would be 500 calories, 24g of total fat, 6g of saturated fat, 6g trans-fat, 60 mg of cholesterol, 940 mg of sodium, 62g of carbohydrates, 10g of sugar, and 10g of protein.

How to monitor daily caloric intake:

· Daily caloric intake can be tracked and measured using phone apps such as MyPlate or counting calories using nutrition labels.

o Calories can be tracked on MyPlate by scanning the barcodes of every food and beverage consumed and entering serving sizes for each meal and snack. 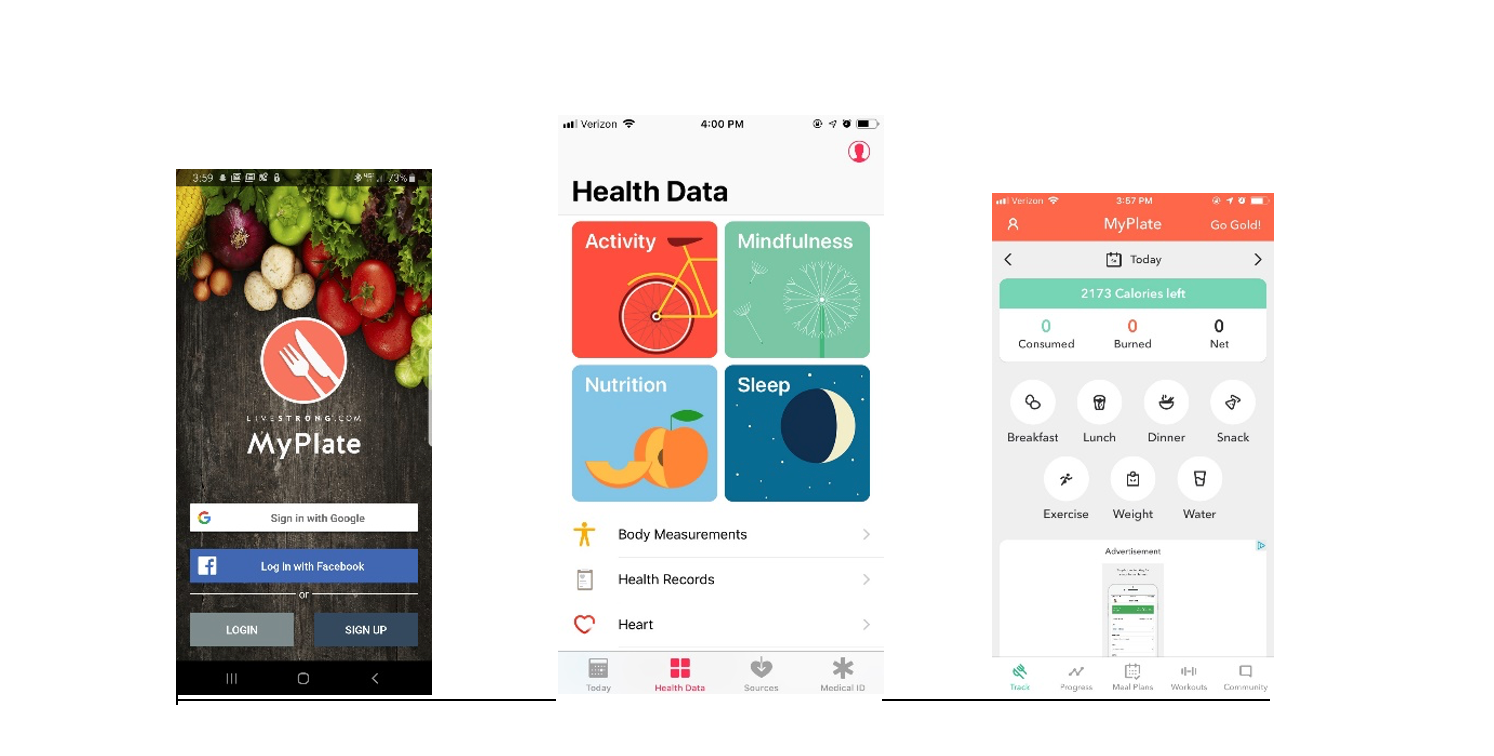 o Calories can also be tracked manually by reading nutrition labels and keeping track of serving sizes and calories.

How to limit caloric intake:

· Limit the intake of saturated fat and processed foods

How to monitor steps:

· Steps can be monitored using a pedometer or a phone app such as Google Fit (Android) or the Apple Health App. 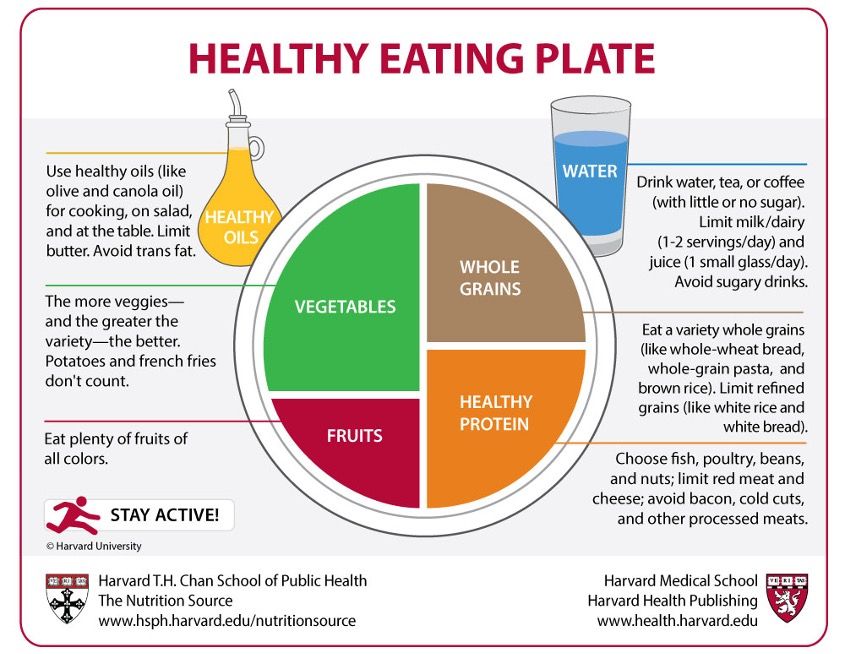 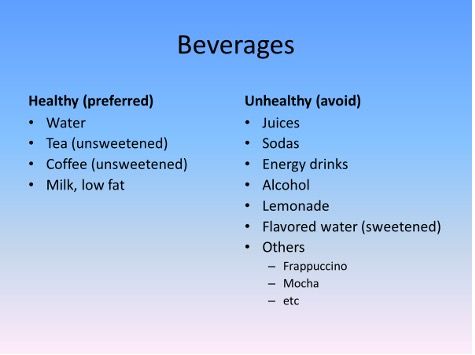 What are the healthy drinks? 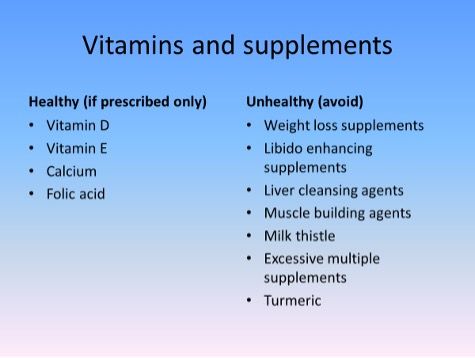 What are the recommended supplements?

Nonalcoholic Steatohepatitis (NASH): A condition that causes inflammation and accumulation of fat and fibrous tissue in the liver

Insulin resistance/metabolic syndrome: malfunctioning of the insulin hormone resulting into abnormal food processing in liver, some may have more than normal amounts of insulin in their body

Low cholesterol: 20 mg or less and 2 g or less of saturated fat per serving

Reduced: At least 25% or less of the specified nutrient or calories than the usual product

Fat free/sugar free: Less than 0.5 g of fat or sugar per serving

Low sodium: 140 mg or less of sodium per serving

Very low glycemic foods: foods that have a glycemic value index of up 40, hardly raise blood sugar at all

Low glycemic foods: foods that have a glycemic index value between 41-55, generally safe foods and does not spike blood sugar too quickly

Moderate glycemic foods: foods that have a glycemic index value between 55-70, best eaten with low or very low glycemic foods in order to help slow blood sugar release, no more than 2 servings per day

High glycemic foods: foods that have a glycemic index value above 70, should be eaten no more than one serving a few

• Track your activity with pedometer

Do you have question not answer yet?